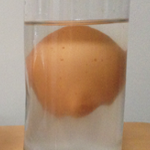 How to float egg in water? This is the science experiment we are doing today. We love easy kitchen science expriments that required no preparation. Today’s experiment just need salt, water and egg. It is very fun and easy. Kids as young as preschool age can do it on their own with adult guidance and supervision. From the activity, kids learn liquid density and buoyancy.

We get the idea from an app called Ubooly. We were bored at home, and took out Ubooly to find something to do. In the ocean science unit, there is this egg in salt water experiment.

Everything you need can be easily found in your kitchen.
1. A glass that you can see through. To save water and salt, I suggest a glass that is not too big. As long as you can fit an egg into the glass, it should work.
2. Water. No special requirement, just tap water.
3. Salt. Again, just regular salt you use for cooking.
4. A raw egg.
5. A spoon. This is optional. If you child doesn’t want to touch the salt, you can offer a spoon for adding salt into the water. 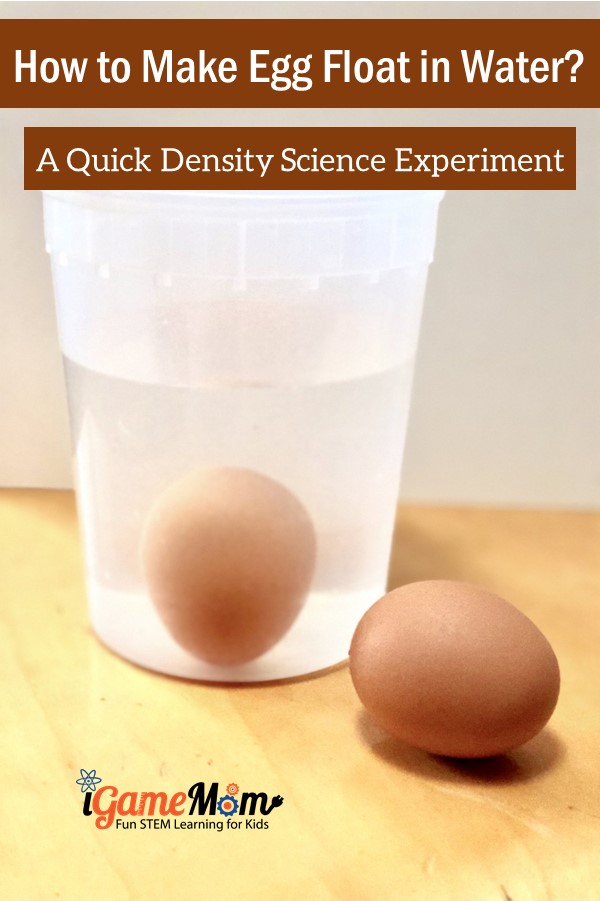 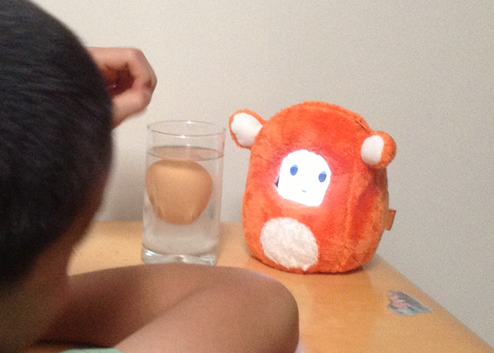 As amazing as it looks, the science behind the egg floating in salt water is quite simple. The density of salt water is greater than fresh water. But why?

Why salt water is denser than water? When salt is added and dissolved in water, it breaks down into ions that are attracted to the water molecules. This attraction causes them to bind, thus increases the amount of matter per volume (density). Instead of just having hydrogen and oxygen molecules in the water, sodium and chlorine in salt are also in the medium. This is why salt water is denser than tap water. 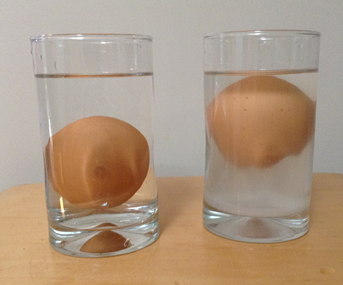 Next time when you are at the ocean beach, remember to ask kids why it is easier to float in ocean than to float in lake? They should be able to answer the question now that they’ve done this experiment. 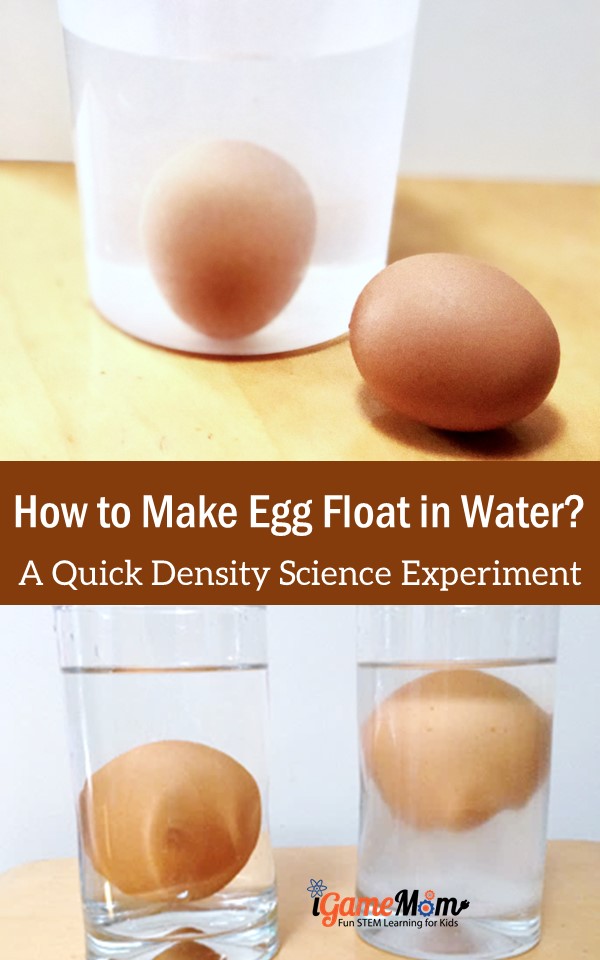 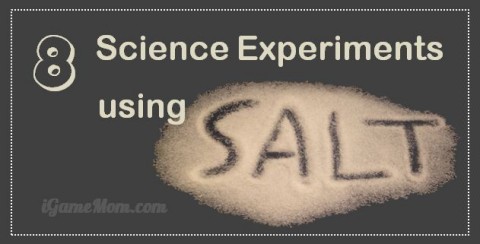 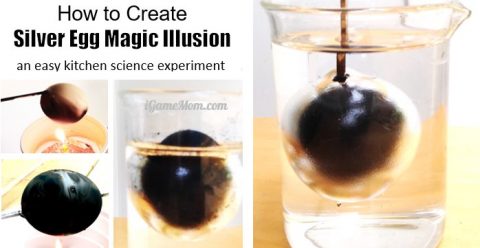 Ubooly the educational toy is available on Amazon. Designed for kids age 4 to 10. Amazon link below leads to the toy. 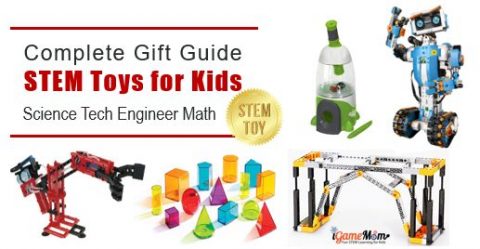 Next post: Fun Body Measurement Activities with a Piece of String