Sometimes the best ideas are the most simple. That is absolutely the case with this app. That is not to say that this app is slight. Not at all. In fact, I think it packs quite a punch with what it provides. It cannot be stressed enough how important learning the alphabet is in a preschooler’s life. It opens the door to reading and writing. Beyond flashcards and repetition, there are few other options for learning your ABCs. Then came this fun app helping kids learn alphabet – AlphaTots. 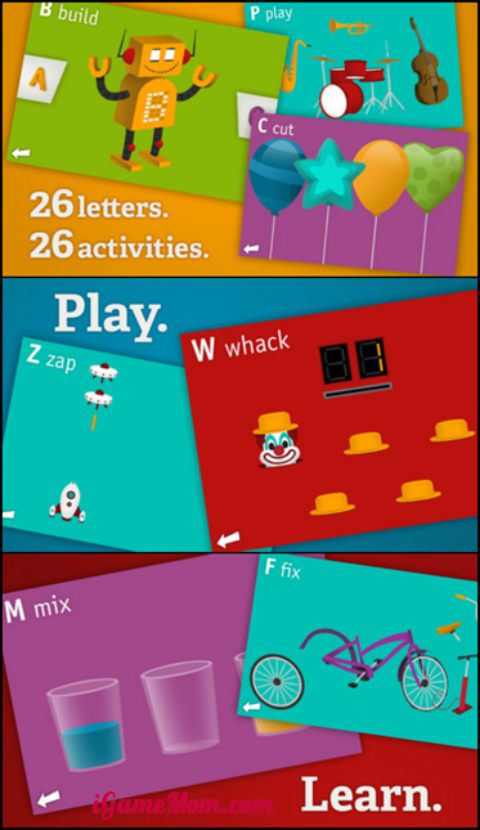 To sum it up, this app is sort of like digital flash cards but instead of nouns that begin with a certain letter, kids are given actions.  It is a simple twist on a classic that uses a digital platform to turn it into something fresh and brilliant.  It essentially turns each letter into a mini game.

Each letter when pressed is flown by, pronounced, shown again in capitol and lowercase together and then the sound (or sounds) the letter makes follows.  Kids are then asked to do something like “add” candles to a birthday cake for the letter A or “dig” for treasure for the letter D.  No task ever takes too long or ever seems too frustrating or difficult.  On the contrary, the little tasks seem tailored to make kids want to come back and do them all over again.

There is also a chart of the ABCs where the upper and lowercase of each letter are given.  Kids can press each set of letters and have them said aloud but they cannot skip around till they have pressed them in order so they can slowly look and see what they are pressing and listen to each letter being said carefully.  There is also an option to listen to the ABC song while the letters flash across the screen to it.  Again, a very simple idea but ingenious at the same time.  Kids usually know the song before they can recognize the letters in it.  This allows them to sing along and begin to recognize each letter.

My 4 year old son could not get enough of this app and I could not get over what an original idea this was.  I loved the not skipping ahead feature of the alphabet chart and my son could not get enough of the ABC song.  We each have our favorite action letters to visit.  He loves B for “build” and I love Z for “zap” and we both love the letter P for “play”.   You can switch the letters from uppercase to lowercase or vice versa on the front page of the app and I was hoping we would get more actions with those but alas only the original 26. I also liked that there were no ads and that even the back button had an action.

Android users can find the app AlphaTots for Kindle on Amazon

or AlphaTots on Google Play. 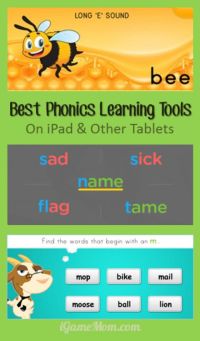