Do you like to play Monopoly? Kids learn math, money management, investment, and many life lessons through the play. If you like the game, you may be glad to know that it is available on mobile devices as apps, and there are several Monopoly apps for different versions of Monopoly games. Each version has a separate app for iPhone, iPad, Android and Kindle. The apps offer some features that are not available on the board game versions. 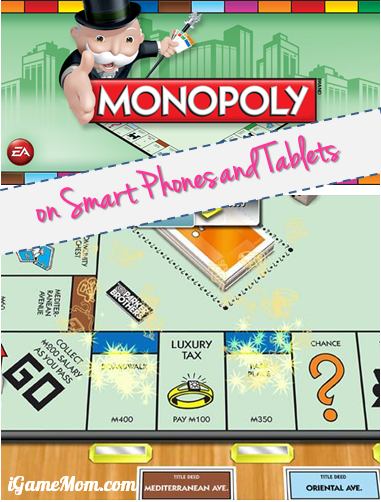 Before starting the game, you can pick the players and set the difficulty level. You can also set your own house rules, such as number of properties at start, number of houses required to buy a hotel, Initial cash, Pass Go Salary.

There are different ways to play. You can play with or without Tutorials. I suggest playing with tutorial once a while. It gives some tips and strategies on winning the game. Do you know the Orange Property Group is the most landed-on group on Monopoly?

How does it compare to the traditional board game?

The Log feature is nice for reviewing what happened. Since the game usually takes long time, it is a good place to go to find out what happened earlier in the game.

The Tutorial option is a good learning tool for anyone who wants to do better in the games.

I also like the flexibility of setting our own house rules. We can do that with the traditional board game, but unless you take the effort to write it down, it is usually forgotten and becomes the source of argument during the game.

What I wish for the app?

I wish it gives the option that the players can manually move their little figure around on the board. For younger kids, it is a great way for them to learn counting and see what they have passed along the way. The app automatically moves the figures for the players. It is cute to see the little animations of moving, but kids lost the opportunity to really “walk the field” to gain a real sense of the numbers.

Overall these are really well made apps. They make the traditional games portable, so you can play anywhere anytime. Great for family travel.

Monopoly app series are available on iPhone, iPod and iPad. They are also available for Android on Google Play and Amazon App Store. We only provided the link to the traditional Monopoly app.

Like more board game apps to play on the go? You will like Game for Two, which include multiple fun games in one app. 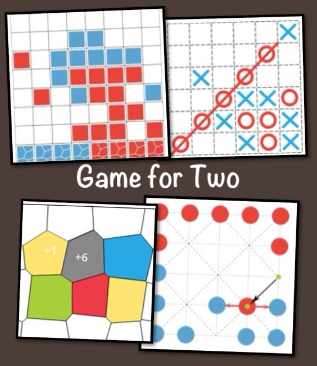