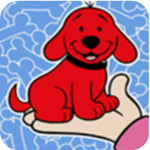 Do you have pets? Do your kids like pets? Pets could be very good companions and friends. We’ve seen many wonderful stories about pets and kids. Today we share good movies and TV shows for kids featuring pets. As we are Netflix members, these movies are all available on Netflix. 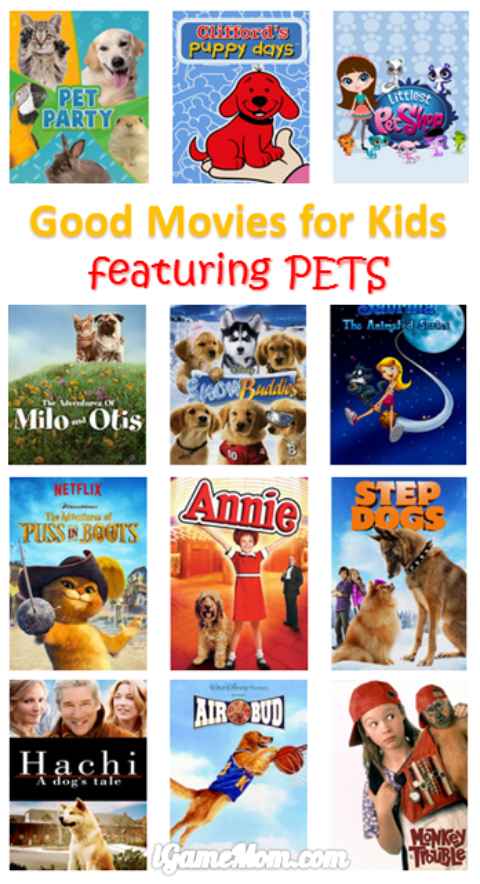 Pet Party: Sniffer, the busy beagle, throws a party for hundreds of his pet friends! Non-stop fun for kids of all ages and families! Tons of fascinating kid-friendly facts about the animals we keep as pets. It’s the biggest Pet Party on the block!

Clifford’s Puppy Days: stories about Clifford’s early days and adventures in the city with all new friends.

Littlest Pet Shop: Blythe, a girl just moved into the city, find out she can talk to the pets… and they can talk back! Join Blythe as she embarks on wild adventures with her newest friends: Pepper, the hilarious skunk; Sunil, the magical mongoose; Penny, the adorable panda; Russell, the highly organized hedgehog; Zoe, the diva Spaniel; and, of course, Minka, the artistic monkey!

The Adventures of Milo and Otis: Milo and Otis start life together on a farm and spend their days exploring the barnyard and the surrounding countryside. One day, Milo is swept down a rushing river and Otis takes off in pursuit to rescue his friend, thus beginning a series of adventures.

Snow Buddies: Disney’s adorable talking puppies venture to the frosty arctic and team up with new friends in a thrilling dogsled race across Alaska. Join these pups for a fun excitement in a heartwarming family film about the power of teamwork and following your dreams.

Sabrina, The Animated Series: Join Sabrina for her adventure on the broomstick as she learns the three golden rules of witchdom: Use your magic wisely, be true to your friends and, most of all, be true to yourself!

The Adventures of Puss in Boots: watch where the one-and-only swashbuckling feline found his fame – and a very big pair of boots – in the funny animated epic.

Annie: a classic Broadway musical, a story of a red-haired girl who dreams of life outside her dreary orphanage. One day, Annie is chosen to stay for one week with the famous billionaire “Daddy” Warbucks, and one week turns into many and the only person standing in the way of Annie’s fun is Miss Hannigan, the gin-soaked ruler of the orphanage. Will Miss Hannigan’s zany attempts to kidnap the irrepressible Annie succeed? Enjoy all the unforgettable songs, including “It’s A Hard Knock Life” and “Tomorrow.”

Step Dogs: Meatball is a carefree, wisecracking country dog. Cassie is Hollywood’s most pampered pet. They couldn’t be more different, and when their owners marry and move the entire blended family to the rural north, the claws come out. It’s only when two bumbling thieves scheme to break into their house, that these four-legged foes must team up to defend their home. This riotously funny and heartwarming comedy proves that it takes all breeds to make a family.

Jumanji: When young Alan Parrish discovers a mysterious board game, he doesn’t realize its unimaginable powers, until he is magically transported before the startled eyes of his friend, Sarah, into the untamed jungles of Jumanji! There he remains for 26 years until he is freed from the game’s spell by two unsuspecting children. Now a grown man, Alan reunites with Sarah and together with Judy and Peter, tries to outwit the game’s powerful forces in this imaginative adventure that combines breathtaking special effects with an enchanting mixture of comedy, magic and thrills.

Hachi: A Dog’s Tale: a film based on a true story. Professor Parker Wilson, a distinguished scholar discovers a lost puppy on his way home from work. Being named Hachi, the dog endears himself into the Wilson family and grows to be Parker’s loyal companion.

Air Bud: When Josh Framm, a 12-year-old boy, finds himself in a new city with no friends, he’s too shy to try out for the basketball team. However, while practicing, he meets Buddy, a runaway golden retriever, who surprises him with his ability to score baskets. Josh and Buddy eventually make the school team, and the dog’s extraordinary talents spark a media frenzy — one that attracts Buddy’s greedy former owner, who wants to cash in on the dog’s notoriety. Boy and dog must keep one step ahead of the brute, while at the same time rallying their school team to the state finals! A timeless Disney favorite!

Monkey Trouble: a young girl wants to have a dog as pet, but her step father is allergic to animal hair. When she meets a monkey in need of help, she rescues it and harbors it secretly.

Do you have any movies about pets you liked?

Looking for more good movies for kids? Check out our Educational Movies for Kids page. 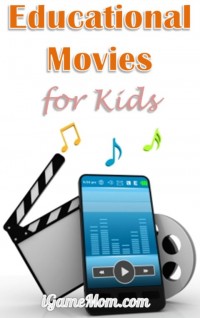