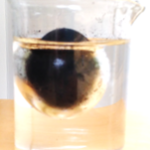 Have you tried the silver egg magic illusion? It makes an ordinary egg like a shiny silver egg. Magic? No, it is a science illusion trick, an easy egg science experiment you can do right in your kitchen. It looks magic and it is quite easy to do. Here is how to do it, plus the science explanation of the illusion magic. 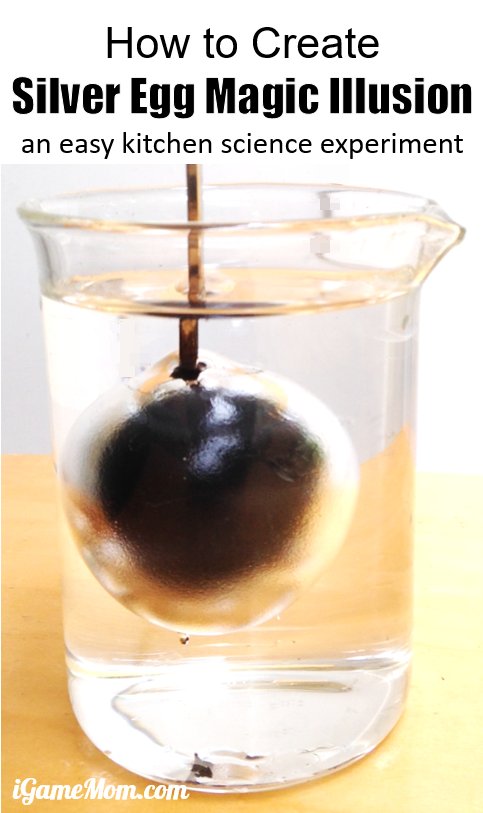 This is an easy experiment with magnificent view, so it is a great activity to do with kids. Since it deals with fire and raw egg, so parent supervision is required.

Materials for the Silver Egg Experiment

Preparation for the Silver Egg Experiment

1. Have a clear glass filled with water ready and set aside
2. Hollow out the egg without cracking the shell except the two holes on both ends. For instructions, watch this video. I found it easier to poke the hole after using sand paper to sand the shell thinner at the poking spot.
3. Rinse the egg shell and let it dry. You want to make sure the shell is completely dry, or you may not see the magic effect.
4. When the egg shell is complete dry, use the barbecue skewer to hold the egg through the holes that were used to empty the egg.
5. Light the candle.

1. Hold the egg on the candle flame, touching the flame. Watch the egg be covered with black soot.
2. Turn and move the egg around the flame, so the whole egg is covered in black.
3. When the egg is completely black, gently merge the egg into the water.
4. Watch the black egg turning silver right in front your eyes.
5. Enjoy the magic show! and don’t forget to learn the science.

Note: You can use the raw egg as it is without draining egg white and yolk, but I found it easier when it is empty inside and there are holes on the shell for the skewer to hold it in position and turn it around to make sure the whole egg is covered with soot.

Candles are made from wax. When the wax is completely burned, it releases carbon dioxide and water. When you hold the egg close to the flame, the access of oxygen to the burning is limited, and the wax is burned incompletely, forming soot that consists of coal and various tars, in addition to carbon dioxide and water. The soot repels water. When you place the soot covered egg in water, it is covered with a thin layer of air, due to soot’s repelling of water. This thin layer of air reflects light, making the egg look silver.

Additional note about this activity: there will be some smoke out the burning. It is not a lot, thinking those smoke when you blow out a candle, but lasts through out the whole time to have the whole egg covered in soot. We did it outside. If you don’t like smoke, but can’t go outside, I suggest doing it under the vent in the kitchen. 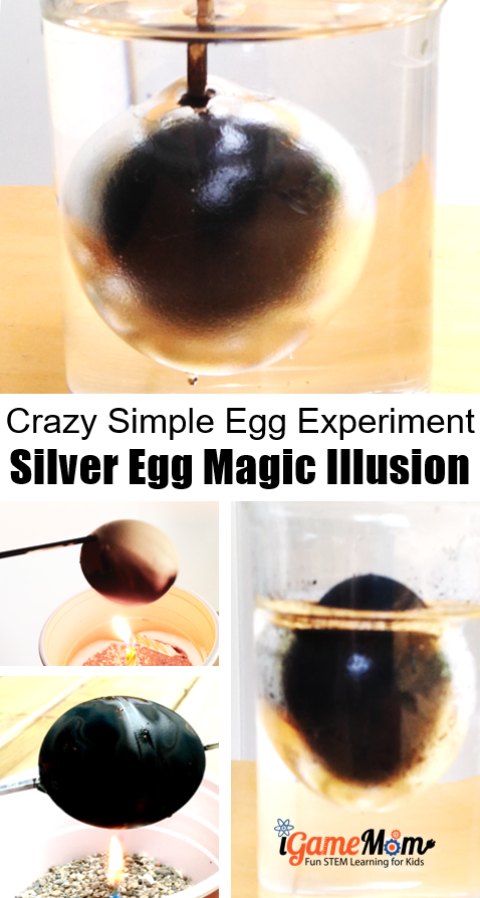 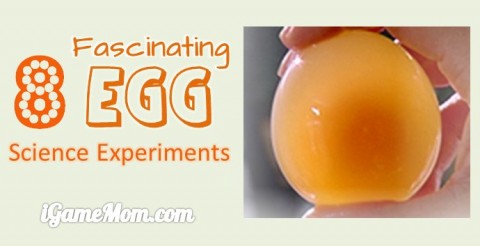 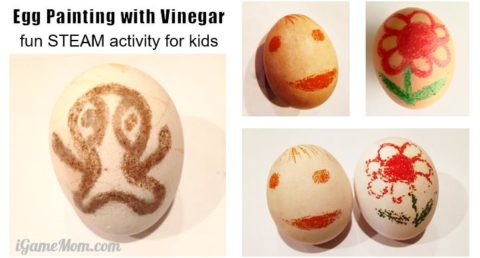 Next post: STEM Challenge: Easy Minute to Win it Games for Kids