App Deals : 3D Painting, a smartphone application to paint on the air 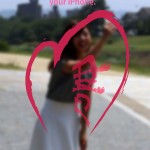 [Features and functions]
○ Special interface to draw one or more strokes.
○ Optimised algorithm that enables the drawing of complex figures.
○ Characters are drawn in the 3D space, and as such they retain their depth.
○ 3D Painting can be downloaded for free. (Most of the functions can be used for free but In-App purchases are included)

For more information, go to the app on App Store./

Note: App news submitted by app developers are not reviewed by iGameMom. We only verify the links before publishing the news.

Next post: App Went Free: Effectively Manage All Your Tasks