Sprinkle is a fun physics based game. It just went free for a week.  It is like a combination of Angry Birds and Where is my water.

The story behind the game: inhabitants of Titan, a moon of Saturn, lived out their days peacefully in their straw hut homes – until space tourists from Earth crashed through Saturn’s rings, bringing a storm of flaming asteroids crashing down on the Titans. To combat the widespread fires threatening their homes, the Titans built a huge water cannon, and so the game starts…

The goal of the game is to put out the fire. The fire cannon is mounted on a crane.  Kids have to adjust the height of the crane and change the angle the water is shooting out to ensure the water goes to the right spot.  As they progress to higher levels, they will see more obstacles, such as blocks, boulders, and cogs.  Kids have to figure out how to bypass the obstacles to have the water reach the fire.  Of course, the water is not unlimited.  If they can’t put out the fire quickly enough, they will run out of water or time. 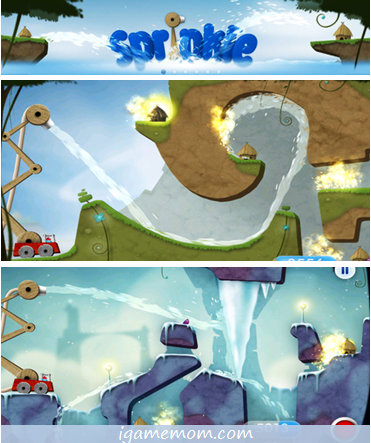 There are 72 levels in the game, each level has some new challenges.  Kids have to figure out different strategies for each level, sometimes they can leverage the nature curve to help bend the water flow; sometimes they have to use the water power to move a block out of way; … The water flow simulation is really realistic, making it fun to play.

I like the challenges in the game.  Kids have to think of different solutions at each game, good for problem solving skills.  The realistic physics simulation makes it a real fun.  If your child likes Where is My Water and Angry Birds, he/she will like this one.

As suggested in 10 ways to get kids off screen from video games, after playing this game on iPAD, you can set your water hose and have a Sprinkle game in your own backyard.

When the kids are done with water, you can have them write a story of the Titans – how did they built the water cannon, how did they fight the fire, and what do they do after fire.  The topics can be limitless!

Sprinkle works on iPhone, iPod, and iPAD. It is $4.99, with In App Purchase for more levels. For younger kids, there is a version called Sprinkle Jr, it is $1.99 with no In-App Purchase.

It is also available for Kindle at $1.99; and for Android, with a free version and a paid version.

If you would like to check it out or purchase it, please use the App Store link provided below. The cost is the same to you, but iGameMom gets a small percentage. Thanks for your support! Note: The link works for all countries.
Sprinkle:

For more fun physics games for kids, please visit 15 Physics Games That Are Safe for Kids to Play. 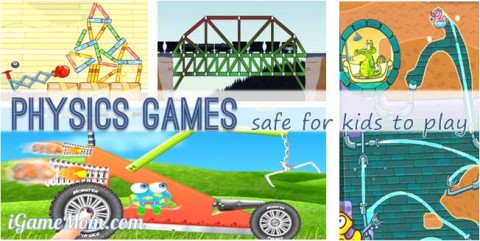