I have been partnering with my son on a game called “Flight tycoon”.  It is a game he found in the App Store, and since it is free, we downloaded for him.  At first, I didn’t pay much attention to the game.  One day, when he showed me what the game was about, I found it very interesting and educational.

It is an airport simulation game.  To play the game, you have to build an airport and buy airplanes.  To keep you airport busy, you also want to build the city.  You will find some “friends” who are also playing the game, and set up flight routes between your airport and your friend’s.  You will make money from each flight, as well as the rent from the buildings you have in the city.  Based on the money you have, you can buy different airplanes and buildings.  Of course, those generate more money also cost more.

While we played the game together, I was able to challenge him with some math questions.  For example, he wanted to buy a more advanced airplane, which of course costs more than the one he had.  I listed out how much he was making from each flight with the airplane he had, and how much the new airplane cost, then asked him how many times he has to fly the airplane to make enough money to buy the new airplane.  He was a little frustrated at first, but soon figured out the right answer.  I was also able to teach him how to make choices among several different airplanes.  His first choices were the cool planes.  I helped him did some ROI type calculation – how much does each plane cost, how much money does it bring in from each flight, so how many flights does it take to pay off the cost.  He quickly got the idea he wanted the airplane that can get money back quickly.  Using the math, we decided which airplanes are better money makers, so we want to have more of those; and which airplane is not a good investment, but fun to have, so we just want to have one or two.

I feel this is a very well designed game from which kids can learn a lot – math, saving, investment, basic concepts between “want” (nice to have) and “need” (have to have), …

There are in-app purchases, but you can play the game without buying the gold coins.  This is another reason I liked this game.  You can move up without any in-app purchase.

The only drawback is the frequent crashes.  Since the game sits on the server, once awhile you get disconnected from the server, and have to re-launch the game.  Not many kids have the patience to re-start the game and wait for loading.  I guess this is why my boy “hired” me to run the business for him.   Every time when he is busy on something else, he will ask: “Mom, will you check the business please?”

Given the math and business concepts, I won’t suggest this game for kids younger than 9.  Younger kids can play some easier simulation games, such as DragonVale.

Want to learn more? Check it out at “AppStore” 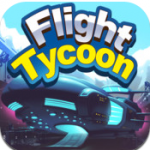 Next post: Book Apps vs. Apps Based on Books

Previous post: What do kids learn from video games?