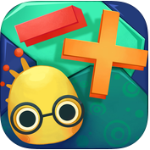 Many families have tablets for kids now. It is important for kids to understand smart phones and tablets are learning tools, not toys. The best way to establish the concept is to install educational apps on the tablets, and show them how to learn with tablets. We have a page of Best Educational Apps for Kids by age and subjects. Today’s list Best Math Apps for Kindergarten and Early Elementary Kids is on it too. I am sure there are a lot more apps out there, if you have an app you’d like to add to the list, please add the app’s name at the comment area. I will periodically update the lists based on readers’ inputs.

Before we get into the list, I want to remind all the parents or grandparents, please make sure to child-proof your iPAD, iPod, iPhone before handing them over to the kids. It is very easy! We have a step-by-step guide with screen shots. Believe me, 5 minutes of your time today will save a lot trouble later on. 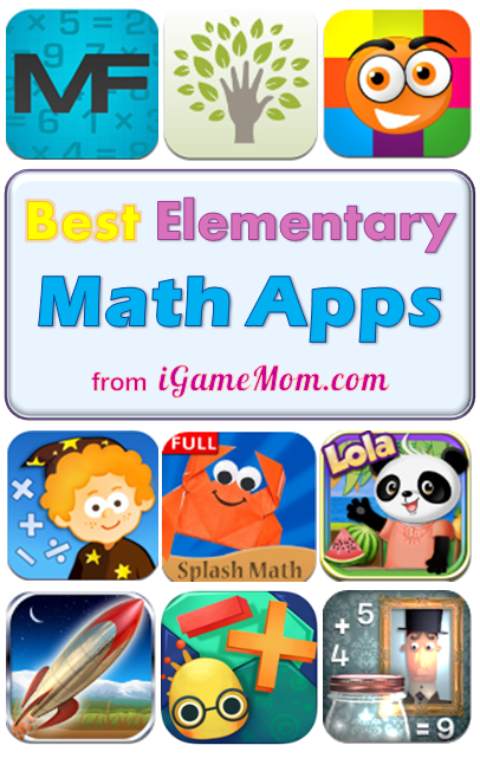 Khan Academy: It is completely free app. Although it is not a math specific app, I like the math tutoring very much. It is a good go-to place to seek further clarification on some learned concepts or learn new math concepts. You can watch the video via wifi, or you can download the video on your device to watch it on the go.

SplashMath Grade 1 to 5: a series of math apps that is linked to US school math curriculum. There is one app for each grade, and there is also an app with all grade levels together. With these apps, parents don’t have to constantly looking for practice materials anymore. Everything the kids need for the year is covered in the app. It also allows parents to asign homeworks and reports kids progress. Once you sign up a free account, you can have 20 math problems of your choice for free everyday.

MultiFlow: a math practice app that drills kids on multiplication facts. Parents can choose which facts the child should practice, and can choose the speed level based on how fluent the child is with the facts. There are 4 different modes to play the game, kids can simply practice or enter the “flow” for a timed play.

FlowPlus: this app is designed by the same developer of MultiFlow. FLowPlus is similar to MultiFlow on app structure and set up, but the drills are on addition and subtraction facts. Same as MultiFlow, parents have the flexibility of choosing which facts to practice on and at which speed level.

Mental Math is a game like math app teaching kids how to quickly do mental calculation. It has both training and game sections, so kids have the opportunity to learn the tricks first and then practice via playing games.

The best math app list continues after the image below. 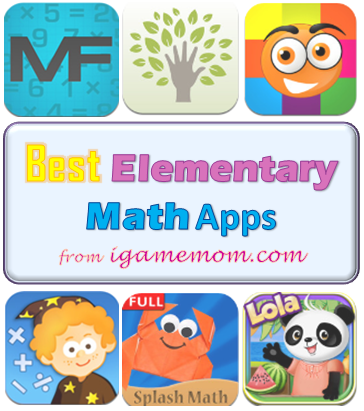 Bubble math: a fun math game helping kids practice addition, subtraction, multiplication, and division. Parents can set the difficulty levels, ranging from single digit addition to double digits multiplication and division. There are three speed levels that are controlled by parents. Kids will love to pop the bubbles while solving math problems.

Lola’s Fruit Shop Sudoku: does a great job in breaking down the Sudoku concept at a level that even a Kindergartener can understand and play the game. The games get harder when kids move up the levels, so a third grader may still find it challenging enough to play. It offers in 10 different languages.

Mathmateer: Kids win game money to build their own rockets by playing math games. There are 56 math missions, ranging from telling time and US money, to addition and subtraction, to multiplication and division, to percentage and square root. Great for kids who also like rockets and space.

Mystery Math Town: A math app going beyond math, it challenges kids on critical skills such as problem solving, 3D visual memorizing. The math skills covered are: Addition or Subtraction 0-10, 11-20, 21-50; Multiplication x1, x2, x5, x10, x1-10. It is a game kids will be addictive to.

iTooch: one app for each grade level. The content is completely aligned with common core standards. They have comprehensive coverage of math skills kids need master at each grade level, such as geometry, money, graphs, measurement.

Do you have a recommendation for kindergarten and early elementary school math apps?  Please leave the app name in the comment area.

If you have kids of early elementary age, you might want to check out 10 Free Math Apps for Kids Grade 1 to 6, and Best Educational Apps for Kids: Science Apps for Elementary Kids 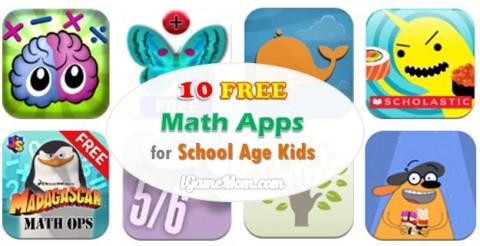 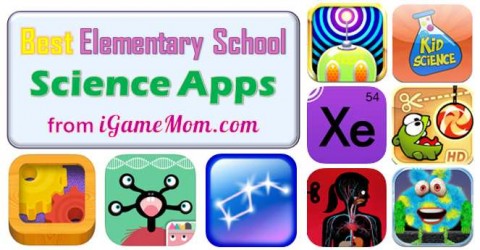