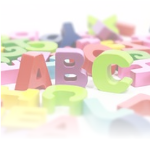 Today we are featuring 30 and more activity and craft ideas to learn ABC. ABCs are the first steps towards literacy. Being able to recognize and read the letters are important foundations for kids’ future learning. There are so many different ways to learn alphabet and we share here some of fun ones we loved. Hope you like them too. 30+ Activity and Craft Ideas to Learn ABC Let’s get started: Learn ABC games based on the book Three Little Kittens… Read more

Phonics apps are tough to create. They need to be able to keep a child engaged without distracting them too much from the learning at hand. Froggy Phonics app is based on an award-winning board game. In the app kids are engaged as they hop a cute frog from lily pad to lily pad in search of a correct word. Even as an adult, I must admit it’s a pretty good time. At the bottom of the screen kids will find… Read more

As I was struggling to find an app to help my 5 year old stay on top of his ABCs while on school break, Niki Words came across my path.  While it can surely help my son, this app can do so much more.  This app comes with settings that make it completely customizable and able to grow with your child. It is a versatile reading app for kids of a wide age range. The app has three areas: Playing with Words, Crosswords, and Magic… Read more

Super Why Phonics Fair is another early literacy app for kids from PBS Kids. PBS really knows what they’re doing with all of their early childhood education programs. They make their characters so adorable and relatable, kids jump at the chance to play and learn along with them. When I told my son we had a new phonics app starring his friends from Super Why he nearly fell out of his chair. This app of course meets common core standards… Read more

I love apps that allow kids to play freely and spark imagination. It is even better if the app also provides tools for teaching. Imagination Box is an app just like that, and it is free for limited time. When kids start the app, they will see canvas of different colors. They can pick any canvas to start. If they have already used the app, instead of empty canvases, kids will see their latest creations shown on the canvases. Once… Read more

Learn ABCs with Animals and Music

There are so many ways to learn alphabet, and it is never too many if you find a good way to associate words with alphabet for young kids. Jamaroos musical ABCs is a fun alphabet app with a little different musical twist, and it might just be the one your little one will love. The pictures and characters are inviting and entertaining. With bright colors, fun music and easy interface, kids will be playing in the Jamaroos musical jungle for… Read more

Word Wizard is a learning app helping kids learn letters and words.  Given the way it works, you can use it to learn alphabet or you can use it to learn spelling and to build vocabulary. It is a fun alphabet and spelling app for kids from preschool to upper elementary school. When you start the app, you can add a user if you want to track the performance. There are two types activities: Movable Alphabet and Spelling Quizzes. With… Read more

Learn ABC phonics is a simple phonics app for toddlers, teaching kids letters.  The simple design makes it suitable even for babies who just start to recognize ABCs. The interface of the app is very simple.  After opening the app and tapping on the opening screen, your toddler will see all 26 letters in lower case.  You can go through the letters in alphabetical order, or just pick the letter you want your kid to learn.  Tapping on the letter of choice… Read more

Gappys Mystery Letters is an educational alphabet app by Spinlight Studio. This app is fun and encourages letter recognition, it also helps your child with hand eye-coordination, writing skills, and matching. All these skills are fundamental keys in a child’d development. Educational games on the iPad are great tools in helping our children in this day and age. It’s how they learn and explore. This is a great choice to sneak in some learning while your child has fun playing on… Read more

I love Face iMake apps, they are creative and fun.  Their newest app is Faces iMake ABC.  It’s an app designed to help kids learn letters in the same creative ways of their earlier apps.  It is free for limited time, so make sure check it out. There are two parts in the app: Learn ABC and Find ABC. Learn ABC: kids pick a letter from the letter tray at the bottom. They will see the letter come up and… Read more

We’re big fans of Richard Scarry so anything we come across of his in app form is very exciting. One of our personal favorite pages of Richard Scarry’s Best First Book Ever is of all the different silly cars. There’s a pickle car, a pencil car, even an egg car. So imagine our excitement when we discovered this app is about spelling out the different kinds of cars stopped at the stop light? Once you spell them correctly, the car… Read more

Kidaptive, the creator of the award-winning Leo’s Pad app, has released a new educational app called Leo’s Letters.  This free game app allows kids to search for letters formed by stars in the night sky and then form three, four, or five letter words. When kids start the app, they will see a night sky full of starts.  They have to find the letters in the sky. They can search for letters by moving and spinning the sky. When they find a letter, they… Read more

Penguin Pre-K and Penguin Kindergarten are two fun learning app for kids.  Two apps are very similar on the game play, except some differences on learning content.  For Pre-K, the problems are number values, ten-frames, 0-5 addition/subtraction, upper/lower case letters, geometry, color words, and pie graph comparisons. For Kindergarten, many contents are similar, but the math extends to 0-10 addition/subtraction, tally marks, and even mahjong counting. After kids start the app, they see three igloos at the top of the screen, each igloo has a different image… Read more

Sometimes the best ideas are the most simple. That is absolutely the case with this app. That is not to say that this app is slight. Not at all. In fact, I think it packs quite a punch with what it provides. It cannot be stressed enough how important learning the alphabet is in a preschooler’s life. It opens the door to reading and writing. Beyond flashcards and repetition, there are few other options for learning your ABCs. Then came… Read more

We have reviewed a couple Lola Panda apps, such as Lola’s Math Train,  and Lola’s Fruit Shop Sudoku.  I am glad to see a new Lola Panda’s app coming out – Lola’s ABC Party.  Like other Lola Panda apps, this is a bright and engaging learning app for kids 3-6.  It begins with simple word recognition, and graduates to more challenging tasks when the child is ready. Great and fun reading practice for preschoolers! When kids start the app, they… Read more